The OSCE Mission to Serbia and the Delegation of the European Union to Serbia launched today in Belgrade a three-year project entitled Support for Victims and Witnesses of Crime in Serbia.

The project aims to assist Serbian institutions in establishing a nationwide support service for victims and witnesses of crime in line with international standards and with Serbia’s strategic goal of EU accession. One of the most important project activities will be the drafting of the National Strategy for Victims’ Rights and its accompanying action plan. The project is being implemented by the OSCE Mission to Serbia and entirely financed by the European Union to the value of EUR 1.5 million.

Sem Fabrizi, the EU Ambassador to Serbia, stressed that "The EU's policy has put an increasing focus on support for victims and witnesses of crime at the centre of its legal and social services response in this area. In the framework of chapter 23 [of the EU accession process], the EU is glad to support Serbia in aligning its legislation on victims and witnesses of crime with the EU standards. Today, together with the highest Serbian institutions, we have launched an important project funded by the EU which will be of significant and direct help for the people of Serbia." 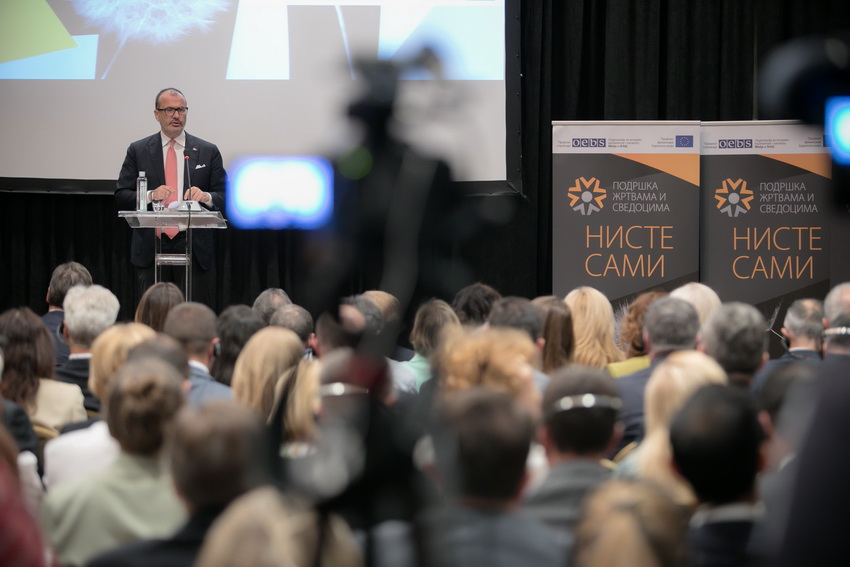 The Head of the OSCE Mission to Serbia, Andrea Orizio, said that everyone could become victims of crime at some moment of their lives. “We are working in partnership with the Serbian institutions to set up an effective national victim support network, which places victims’ needs and their rights at the very heart of the criminal justice system in Serbia."

“Serbian citizens will be able to receive assistance and information from their very first contact with the responsible authority after having suffered or witnessed a crime, as well as support and guidance throughout the criminal proceedings and even after their conclusion,” said Orizio. 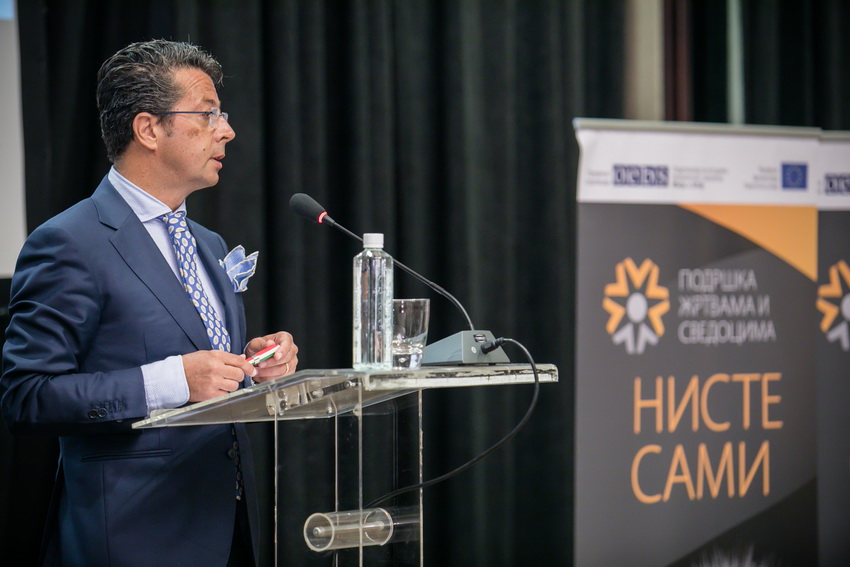 The project was presented to state officials, experts, judges, prosecutors, police officials and civil society organizations. It is part of the European Union’s and OSCE’s support to Serbia’s reform of its criminal justice system and alignment with international and EU standards on victims’ rights.

In addition to improving the legislative framework in this domain, the project will assist state institutions in strengthening their capacities, developing IT solutions to facilitate networking between service providers, educating a network of volunteers and raising awareness of the role of victim support services in Serbia. (source: osce.org/sr)