Victims’ rights to be improved

The OSCE Mission and the Delegation of the European Union to Serbia, in partnership with the Ministry of Justice, held a conference in Belgrade today to mark European Day for Victims of Crime. The organisations presented the draft 2019-2025 National Strategy on the Rights of Victims and Witnesses of Crime. The draft Strategy was developed by the Ministry of Justice Working Group, with expertise and technical support from the OSCE Mission to Serbia. It is part of the three-year project Support for Victims and Witnesses of Crime in Serbia, funded by the European Union with an amount of 1.5 million euros.

“We remain hopeful that this new national strategy on crime victims’ rights, and the subsequent action plans, will help to strengthen and consolidate the victims’ rights system across Serbia, for the benefit of all Serbian citizens,” the Deputy Head of the EU Delegation, Mateja Norĉiĉ Štamcar, stated at the event. 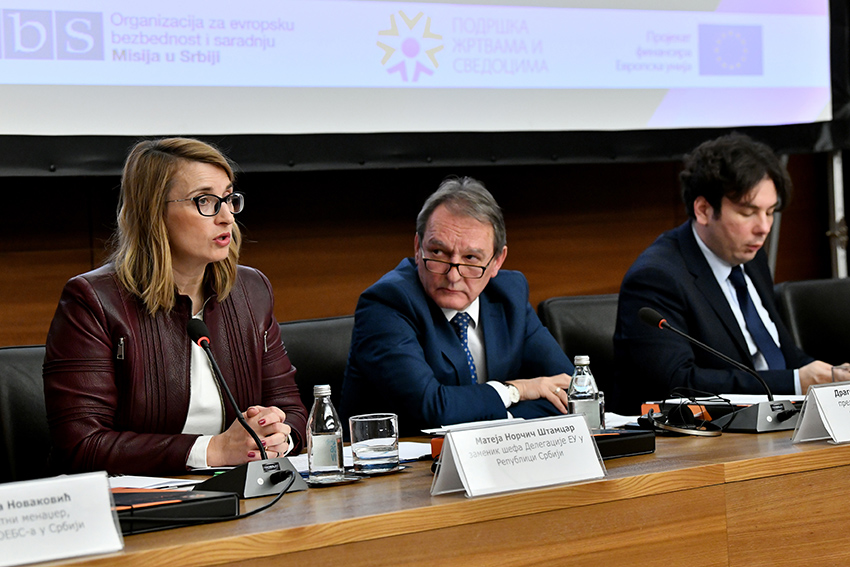 The National Strategy aims to advance the legal and institutional framework for guaranteeing victims’ rights, in line with European and international standards. The strategy and its action plan foresee the establishment of a Nationwide Support Network, encompassing the judiciary, the police, social care and health care institutions, as well as civil society organizations that will provide victim and witness support.

“According to the European Commission data for 2017, 15% of the population of the European Union have been victimized by a crime, amounting to as many as 75 million people. It is the duty of the state to secure support for anyone who has had the misfortune of becoming a victim. This support should correspond to their needs and allow them to overcome, or at least diminish the trauma of victimisation. With this in mind, the development of a National Strategy on the Rights of Victims and Witnesses of Crime has been set as a priority, and the Ministry of Justice approached this task in a dedicated, responsible and efficient manner,ˮ stated the State Secretary of the Ministry of Justice Radomir Ilić.

Ilić pointed out that the Action Plan for Chapter 23 defined setting up a victim and witness support system as one of the most important tasks. “Taking into account that this area requires a single approach by judicial institutions, by other state authorities and civil society organisations which the victim comes into contact with, the need to establish one coordinated support system has been identified. That would provide the victim with access to unified, accessible and quality support services. On the other hand, it would ensure the best use of existing human as well as financial resources,ˮ stated the State Secretary.

He emphasized that the establishment of the Network of Victim and Witness Support Services on the entire territory of the Republic of Serbia will be the most challenging step in the implementation of the Strategy, but also a step that will bring the greatest benefit to citizens compared with the present situation.

“Effectuating this Strategy will provide precise data on the number and structure of support providers and the programs they offer, as well as follow-up of such data. Having precise data will ensure better planning of assets necessary for the system to function,ˮ said Secretary Ilić. 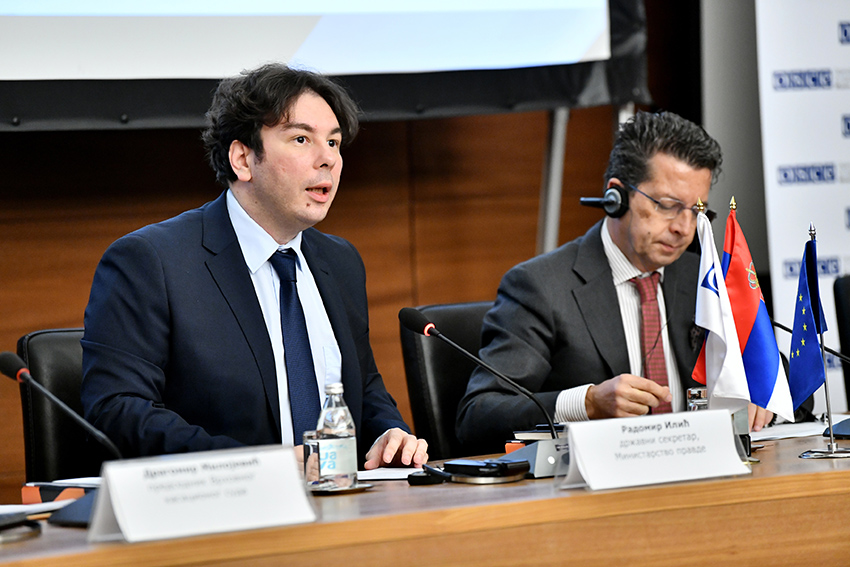 “The draft National Strategy and the public debate are crucial steps in building an effective and fully functional national victim support network,” said the Head of the OSCE Mission to Serbia, Ambassador Andrea Orizio.

Orizio said that the goal is to introduce mechanisms to encourage victims and witnesses to come forward by reducing the risk of secondary victimisation and by eliminating fear from retaliation.

“The OSCE Mission to Serbia is working in close partnership with Serbian stakeholders to set up an efficient institutional framework, in line with international standards. With that in mind, the Mission has provided assistance to Serbian institutions, in particular to the Ministry of Justice, to address the model of victim and witness support in Serbia in a systematic way, building on and improving existing capacities,” said Orizio. 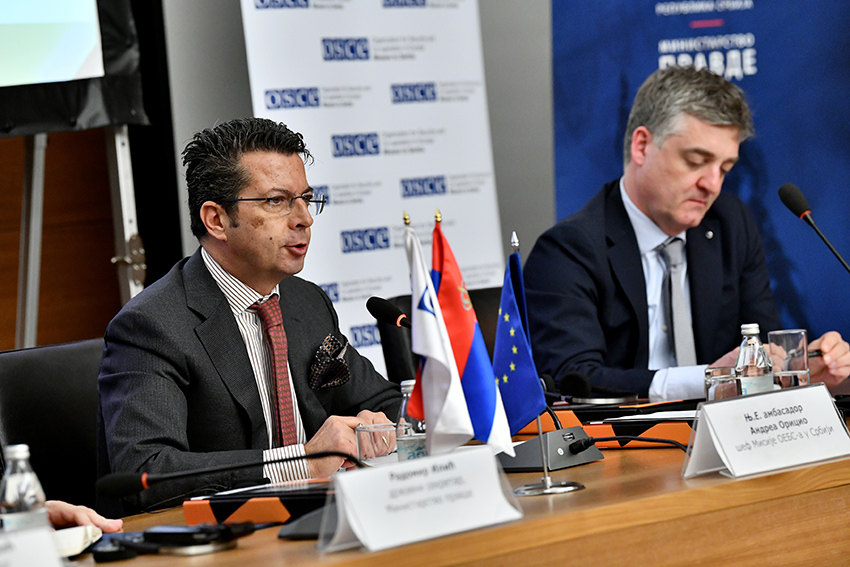 In addition to Working Group members, the conference was attended by representatives of the Ministry of Justice, the Ministry for European Integration, the Supreme Court of Cassation, the Republic Public Prosecutor’s Office, the Judicial Academy, other government institutions, civil society organizations, as well as representatives of other international organisations and diplomatic missions.

The presentation of the National Strategy’s basic outline and underlying principles was followed by a discussion on the draft text, as part of the public debate prior to its adoption by the government. The National Strategy will be accompanied by a corresponding action plan for the first three years of its implementation.

The European Union is the largest donor to Serbia having provided over 4 billion euros of support to the country over the past 19 years. (source: europa.rs)